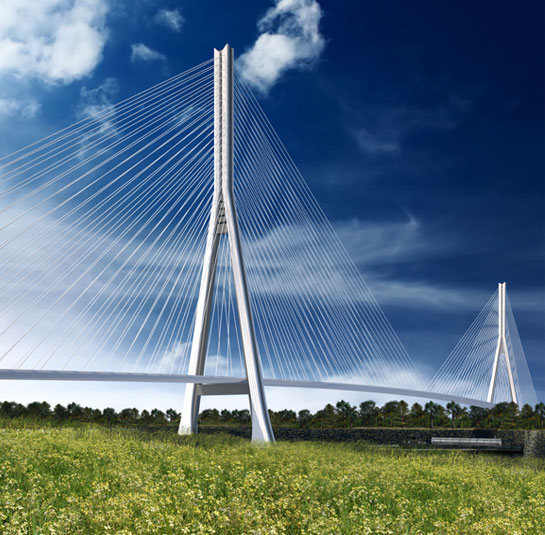 A shortlist of three contractors among six who applied to construct the Gordie Howe International Bridge project was released Wednesday as the plan now enters its final bidding phase to select a winning builder.

The new Detroit River crossing project includes plazas on both sides of the border and new feeder road to connect with I-75 in Detroit. The Howe bridge is scheduled to open in 2020.

A $50-million “early works” project to prep the site on the Windsor side started this past summer, while property acquisition is in full swing on the Detroit side.

Local company Amico Infrastructure is listed as a partner under Legacy Link which is headed by SNC Lavalin. ACS Infrastructure Canada and Flour Canada are prominent partners in the bid by Bridging North America.

Toronto-based EllisDon is listed as a prominent partner within the CanAm Gateway Partners bid.

“With the short-listed respondents named, WDBA is pleased to have concluded the first stage in the public-private partnership procurement process,” said Michael Cautillo, CEO for the Windsor-Detroit Bridge Authority, the federal agency assigned to oversee construction of the bridge project.

The three finalists will now assemble their final bids to design, build and operate the Howe bridge project.

WDBA is scheduled to select the winning consortium by the end of this year with construction projected to start in 2017.

The release of the shortlist comes more than a month later than originally scheduled. That has led to speculation by some, including former WDBA chairman Mark McQueen, the project is falling behind schedule and may not meet its 2020 completion date.

It has been estimated that construction, once it starts, will take 42 months.

Current WDBA interim chairman Dwight Duncan said last week he believes the bridge project is still on track to be completed on time.

“The short-listed respondents represent the best in diverse international and local businesses,” Duncan said. “We look forward to the innovation, approaches and techniques these teams will bring to the table in response to the Request for Proposals.”

The Howe bridge project was originally estimated to cost US$2.1 billion, but that has jumped to possibly over C$4 billion due to severe decline in the value of the Canadian dollar.